If you can imagine a thing, conjure it up in space then you can make it… The universe is real, but you can’t see it. You have to imagine it. Then you can be realistic about reproducing it.

Alexander Calder is one of the most influential artists of the XX century. His work expanded the boundaries of sculpture. He achieved a real revolution of this genre. Movement, lightness, sensibility when using simple materials, the creation of a moving sculpture that needs no pedestal, gravity and balance… These are some of the are pioneering concepts that he developed throughout all his career.

His style is the connection between the sensibility of the international artistic avant-garde and the authentic naivety of an American artist. As James Johnson Sweeney pointed out, Calder was an artist genuinely American, a mixture of perceptiveness and curiosity together with roughness and strength. His style is pure joie de vivre, sensibility and beauty.

During the fifties Calder achieved enormous recognition as one of the leading artists of his generation and had various museums exhibitions within Europe and the United States. He continued to do mobiles and other works that were at once lyrical inventions, technical, almost mathematic compositions; and the sensuous symbols of nature.

In 1976, Calder dies at 78 and is considered one of the most prolific artists of his generation. 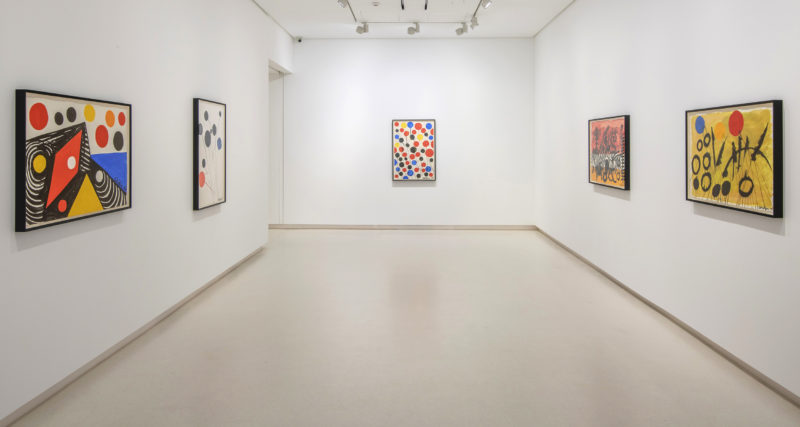 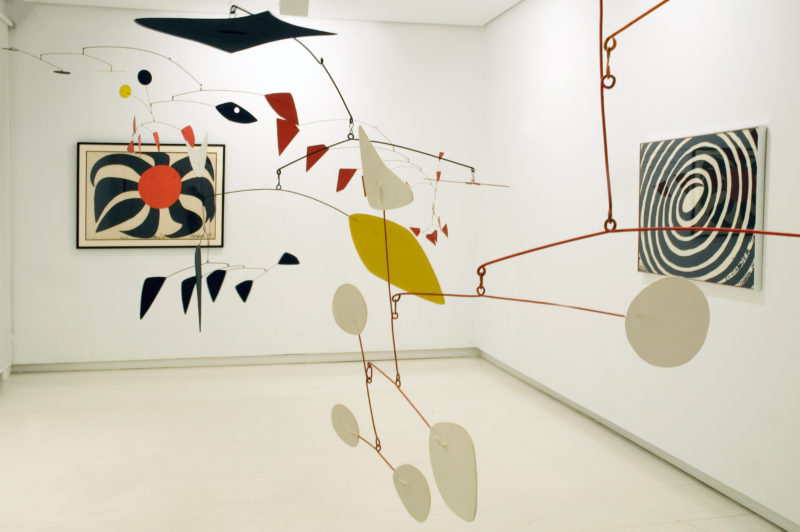