Considered one of the pioneers of cybernetic art in Spain, Asins developed her own graphic systems to produce shapes. These systems  were based in numeric series, grammatical structures and musical developments. Interested in the core fundamentals of semiotics, she studied with Max Bense at the Universität Stuttgart in Germany and later on with Noam Chomsky at the University of Columbia, New York. In 2011 she was awarded with the Premio Nacional de Artes Plásticas (National Prize of Fine Arts). 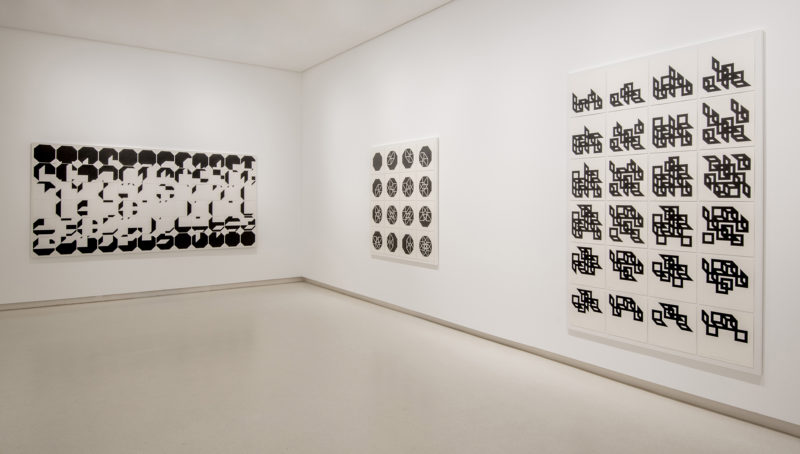