Let the insanity play itself out through the materials. Then you don’t have to worry about style. You’ll just be working to describe your own insanity.

After serving in the United States Navy from 1943 to 1946, John Chamberlain attended the Art Institute of Chicago from 1950 to 1952, where he began making steel sculptures, influenced by the work of David Smith, Franz Kline and Willem de Kooning and then, in the mid-1950s he studied and taught sculpture at Black Mountain College, North Carolina.

His distinctive assemblages made from welded steel reveal both the stately grace and the expressive plasticity of industrial materials. Exploring the interplay of color; both found and applied, weight, and balance, his works tapped into the energy of Abstract Expressionism, the premanufactured elements of Pop art and Minimalism, and the provocative folds of the Baroque.

Considered one of the most relevant American Post-War sculptors, he has received numerous honors for his artistic achievements and his work can be found in permanent collections around the world. 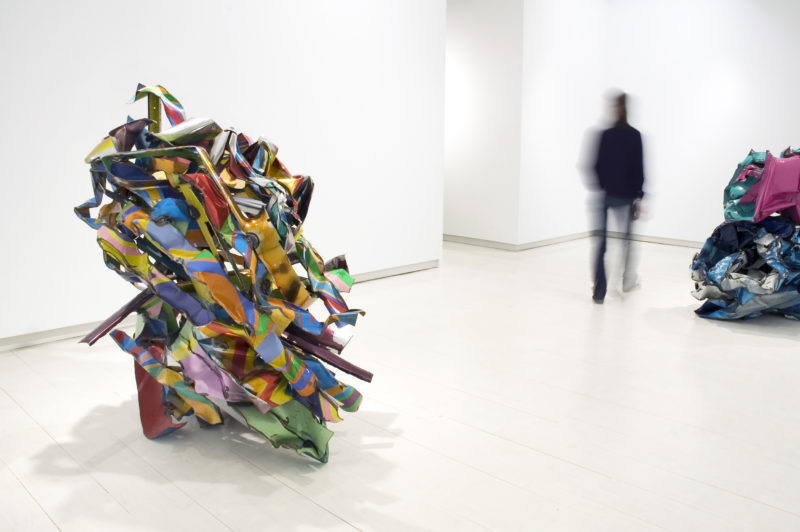