Günter Haese started drawing and painting as a self-taught artist. At the age of 26 he began studying at the Kunstakademie Düsseldorf under Bruno Goller and Edwald Mataré, with other artists like Joseph Beuys, Erwin Heerich, or Georg Meistermann. After some years developing his particular technique, in 1963 he applied to the Junger Westen Art Prize with his first series of sculptures, relatively simple compared to later ones. He won the prize and his career got solid. Surprisingly fast he defined, in the following years, the broad and unique aesthetic vocabulary with which he operated since then. He discovered the mechanical components of watches and clocks as well as other materials as subject and construction elements of his art.

From then on, he used pliers, tweezers and soldering irons to construct art from clockworks, balance wheels, brass mesh and copper wires. In this way, he evolved towards more stable figures made with pieces from chronometers and clocks, and started to work in what he later defined as “rhythmic and freer scenic events”. 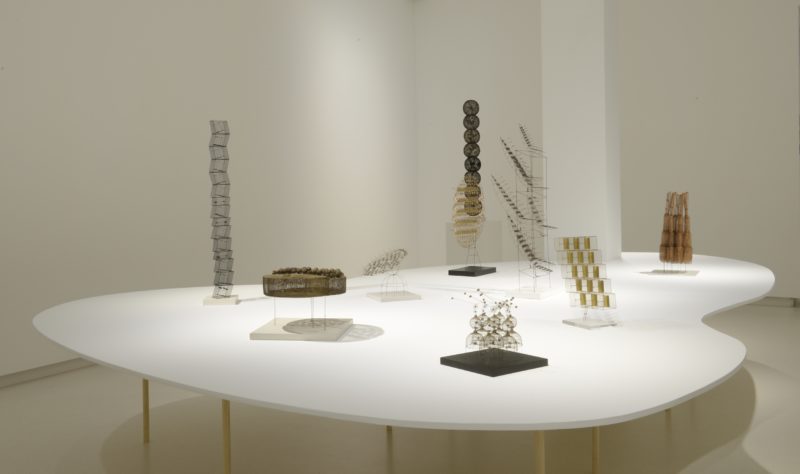