One should know how to recognize unexpected findings in daily life, have a trained eye. Things happen when you are aware of them. It’s like recognizing a stain that triggers sense in a painting… but if you’re not painting, nothing happens.

From the very beginning in the late seventies, Miquel Barceló joined the expressionist current of reviving painting, to which he gave an unmistakable stamp of the Mediterranean. His first mature works focused on the intimacy of the artist and the act of painting.

Later on, he extended his thematic field to still life, images in libraries and museums, in which he expressed his interest in the history of painting, landscapes saturated with terrestrial and maritime flora and fauna. At the same time, he produces both sculptural and ceramic works. His drawings, organized as travel diaries, acquire special importance, in which he makes a parallel exploration of the territory and the materials of the painting.

Taking its name from Franz Kafka’s famous story published in 1915, Metamorphosis presents almost 100 works produced by Miquel Barceló between 2015 and 2020. The selection at Museo Picasso Málaga will include paintings, works on paper, ceramics, notebooks and bronzes. 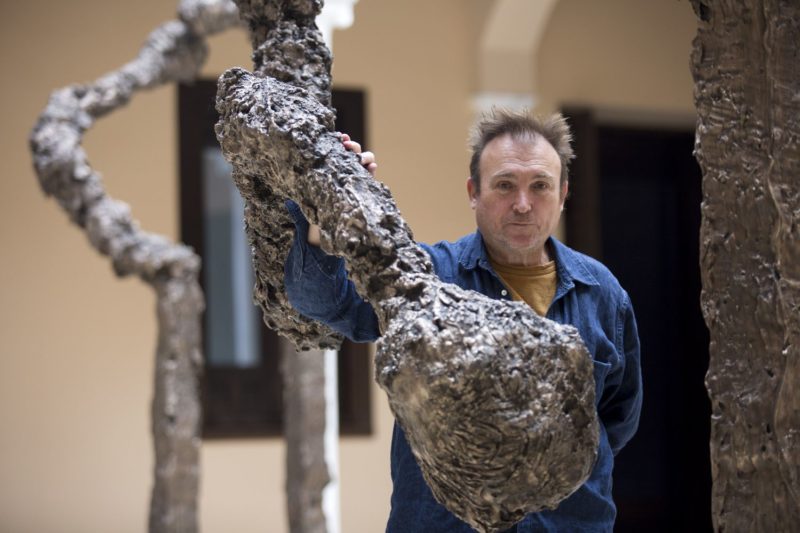 The artist shows his recent work at the Picasso Museum in Malaga. “It’s the most intense exhibition I’ve ever done,” he says.