Josef Albers was born in Bottrop in a family of artisans and since his youth he has been interested in the work of Cézanne, Matisse and in general all the cubist artists.He studied in Berlin, Munich and Weimar, where from 1920 he attends classes at the Bauhaus school. Bauhaus brings together artists, architects and designers who promote fine arts as a way of life in relation to construction and architecture, rejecting the idea that art is the expression of a feeling.

Since 1923 he has been a furniture design, calligraphy and painting professor at the Bauhaus school, contributing to the development of an industrial art, with reductionist and geometric forms. In 1932 for the first time Josef Albers exhibits at the Bauhaus in Berlin. In 1933 and under the nazi government, Albers and his associates were forced to close the Bauhaus. He moves with his wife, the artist Anni Albers, to the United States. Albers and his wife remained in the United States for 16 years where he worked as a professor in the art department of the prestigious school Black Mountain College in North Carolina.

From 1950 onwards he also worked on his paintings, especially on the serie “Homage to the Square”. Albers studied the interaction of colors and the psychological effect they produce on the viewer. He was also a professor at Yale University and Harvard. He wrote numerous art texts and essays. His work as an artist, theorist and teacher was recognized numerous times with important awards. His most influential publication is The Interaction of Color. Josef Albers is one of the artists who has most influenced on minimal and conceptual art. 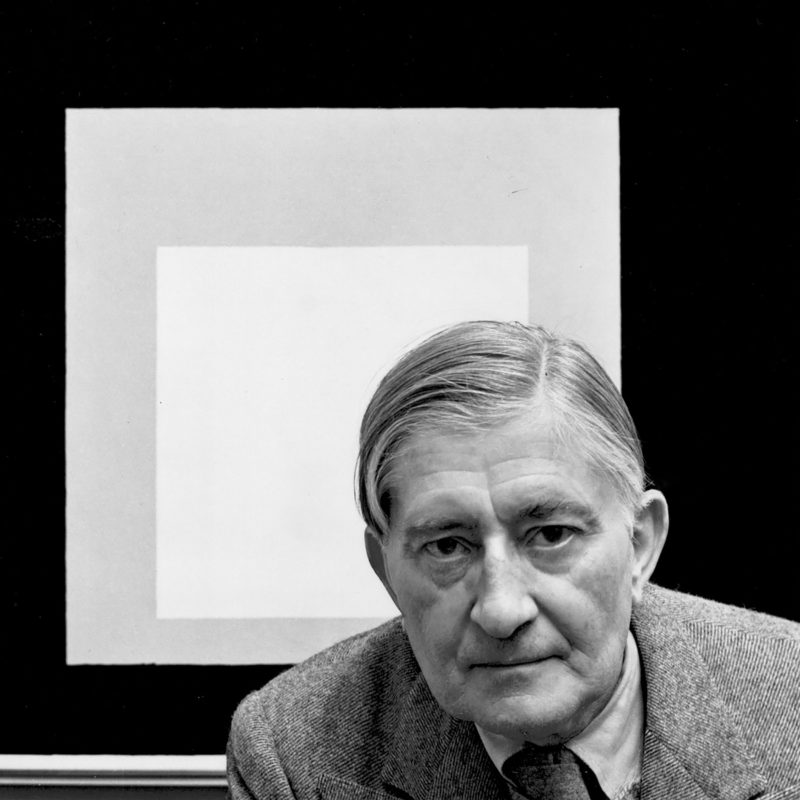